Has it been as crazy of a week for you as it has been for me? I could definitely use a little break this weekend, and with a slight warm up, I’m thinking a little extra time with the pup is in order! What are your plans? Here are a few events going on in the Gem City this weekend.

The Vistas Season view for February 2019 comes from across the Atlantic. Eileen Ivers, a master of the Irish fiddle, will join the Dayton Philharmonic Orchestra for an evening of Celtic music and tradition.

A daughter of Irish immigrants who was raised in New York City, Eileen started playing fiddle at a young age, eventually winning the All-Ireland fiddle championships . . . nine times! She graduated magna cum laude from Iona College with a degree in mathematics. However, while pursuing post-graduate studies in mathematics, she delved further into diverse genres of music. Ivers has since established herself as a preeminent fiddler. The Grammy award–winner has performed for U.S. presidents and royalty, and the New York Times has called her “the Jimi Hendrix of the violin.” She has performed with more than 40 symphonic orchestras and at many renowned folk festivals. Ivers’ newest CD “showcases how Irish music and dance have integrated with various roots music of North America.”

For America: Paintings from the National Academy of Design

It will feature masterworks by many of its prominent members along with portraits of several of the artists, since a portrait was a requirement for membership. Included are works by some of the most recognizable names in American art: Winslow Homer, John Singer Sargent, Maxfield Parrish, William Merritt Chase, N.C. and Andrew Wyeth, Thomas Eakins, Robert Henri, Ernest Blumenschein, Isabel Bishop, Richard Estes, Wayne Thiebaud, Peter Saul, and many more.

After extensive training at Brown Institute of Martial Arts, boxers face off in front of upwards of 2,000 spectators—many dressed in their best Flapper Era attire—at this exciting 1920s-themed boxing exhibition.

After the fighting ends, Fight Night’s Speakeasy After Party kicks off in Memorial Hall’s lower level. Featuring live music and a full-service bar, party-goers mingle with fighters and dance the night away.

Is your chili the best ever? Or are you a chili afficionado?

Either way, come make the most of the winter by joining your neighbors at cozy Hope Lutheran and get warm with the best chili neighbors can make!

What should you bring:

* Cooks are needed to make a crock-pot full of their chili recipe
* Please bring change or cash (dollar bills are nice!) to vote on your favorite soup or chili.
* Soda and water will be available, but feel free to bring some beer to drink or share

Did we miss anything?

If you have an event you’d like for us to include, be sure to leave it in the comments below or visit our contact page to tell us about it! 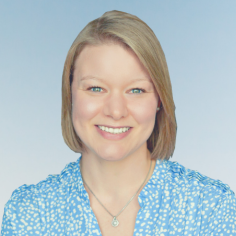